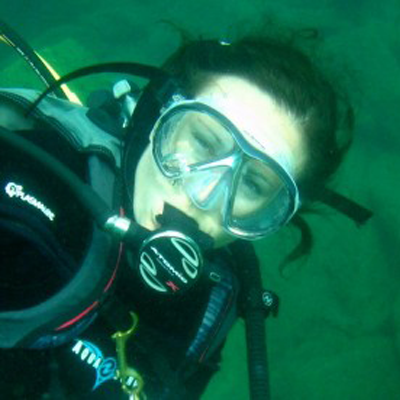 Heather started her dive adventure right here in Washington, DC. After completing her Open Water certification dives in New Zealand’s amazing Poor Knights Islands with Jonas, she knew she had found her next calling. She and Jonas have been diving all over the world and enjoy sharing their love for diving as instructors. Besides exploring the underwater world and driving her friends crazy with dive stories, Heather is passionate about conserving our natural environment and the critters who call it home. She has worked with a number of local, national, and international nonprofit organizations over the years dedicated to animal protection and environmental sustainability. 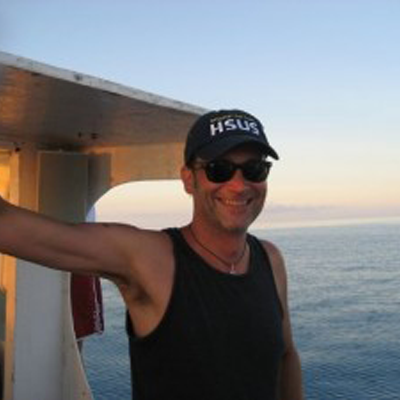 Jonas first got a taste for diving on a Discover Scuba Diving trip with his brother in Puerto Rico. He took to it immediately. Shortly after meeting Heather, they both trained in Washington, DC and completed their Open Water Diver certifications in New Zealand. Needless to say, this sealed the deal and he’s been diving and traveling ever since. On dives, Jonas can usually be found with an underwater camera attached to his face, hovering over the reef. He holds a Bachelors in Fine Art and a Masters in Industrial Design with a focus on Design Engineering, hence, Jonas is the go-to guy for equipment maintenance and servicing. Before starting Blue Planet, Jonas managed high-end residential remodeling projects in the DC Metro area, focusing on green building practices. 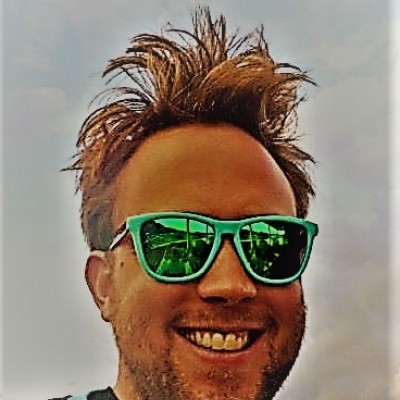 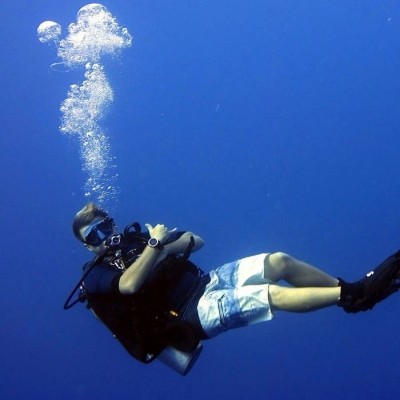 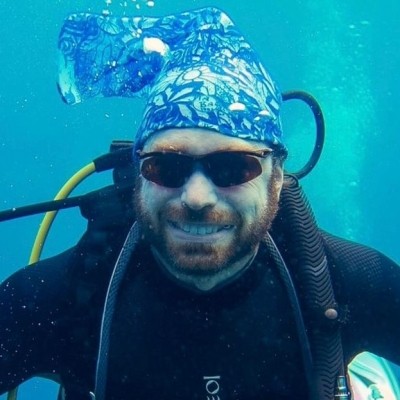 1) Computers.  I'm a gadget person and a data person, I like to look at the numbers and graphs.
2) Blennies. I can't tell them apart, but I love the way they keep popping in and out of their holes.
3) Sea Anemones. They're always so relaxed, just waving in the breeze. And they almost always have little friends with them!
4) So many! But one I'll always go back to, because it's easy to get to, relaxed, has huge biodiversity, and available at day or night, I'd say my favorite is the Blue Heron Bridge in West Palm. 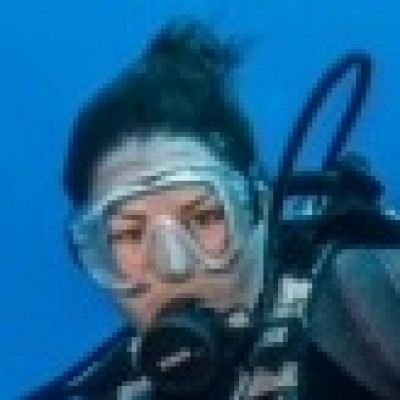 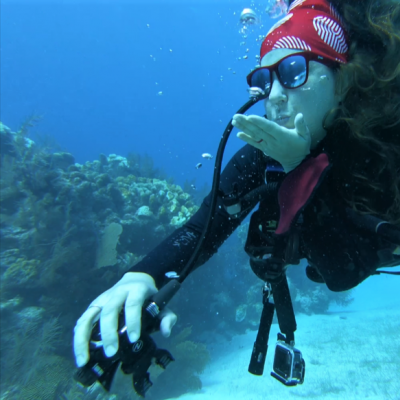 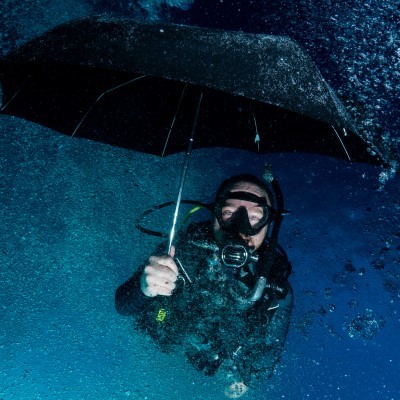 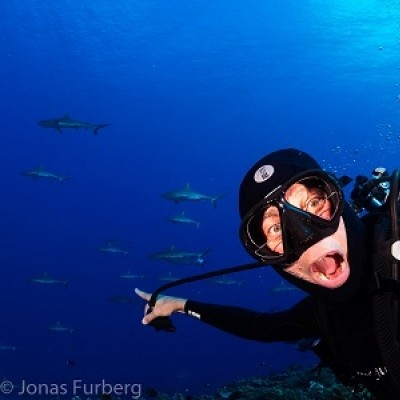 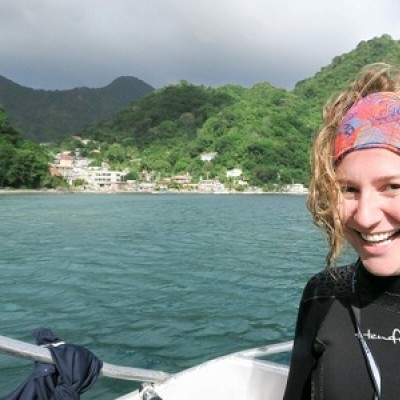 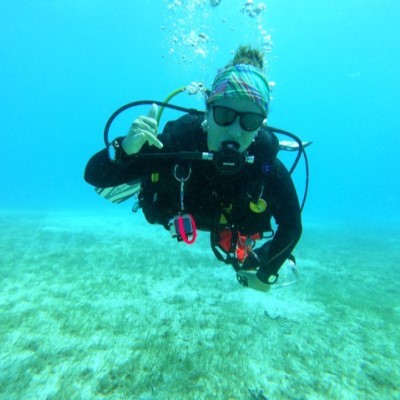 Christina walked in to Blue Planet in 2017 for her open water certification and never really left; except for a short return to grad school prompted by diving! Underwater, you can usually find her upside down looking for snapping shrimp and corkscrew anemones or floating in sea grass beds watching for rays. In addition to being an open water instructor Christina is also Blue Planet’s Director of Conservation. 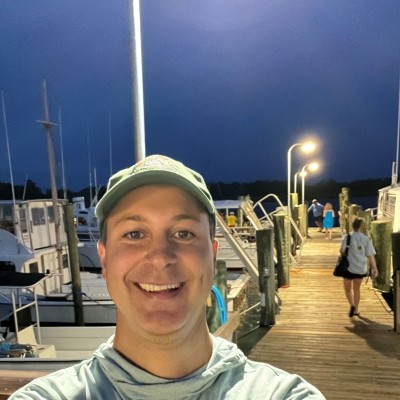 1) Favorite piece of scuba gear - Wireless air integrated dive computer with Bluetooth. It’s amazing to have you dives automatically download to you phone!
2) Favorite underwater creature less than 4 inches in length - Shrimp. They are everywhere if you look closely enough and are so varied and colorful.
3) Favorite underwater creature over 4 inches in length - Spanish Dancer. They are amazing to watch swim.
4) Favorite dive site - Southern Red Sea. Very beautiful coral reefs. 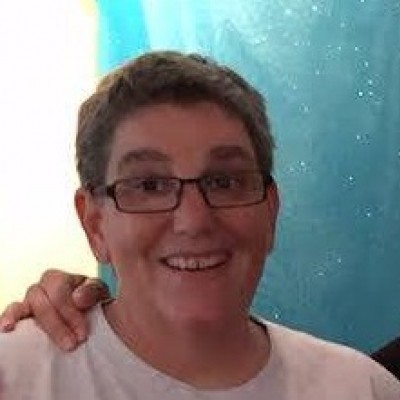 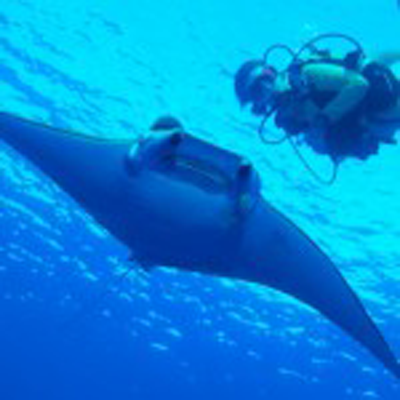 Allison has been a dive addict since her certification in 2006 in Grand Cayman. The bliss of being underwater has prompted her to travel around the world in search of warm water and friendly fish. Allison loves working with students and being part of a team that’s dedicated to environmental protection. Allison’s favorite dives have been in the Red Sea but she looks forward to discovering new favorites on Blue Planet trips. When Allison isn’t underwater, she is at the Department of Justice working to end domestic violence and sexual assault. 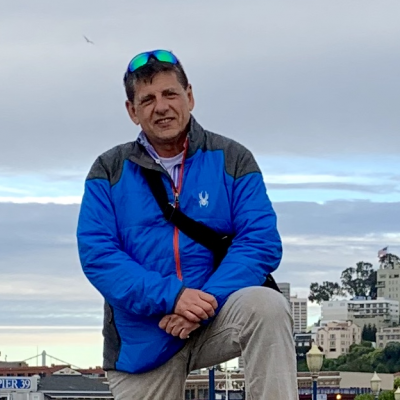 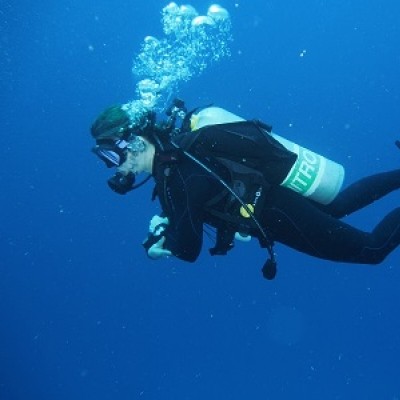 1) Favorite piece of scuba gear - Right now I'm loving my 4th element Proteus II wetsuit, since it's the first 3mm I've been able to wear for a solid week of diving without getting cold! But warm water diving aside, I'll say my drysuit. What other piece of geat ensures I can be in the water year round?
2) Favorite underwater creature less than 4 inches in length - Juvenile smooth trunkfish
3) Favorite underwater creature over 4 inches in length - Caribbean reef squid- who doesn't love some side eye!
4) Favorite dive site - Any place that results in a great dive story- but I'm really looking forward to diving the Frederiksted Pier again in St. Croix

Heather started her dive adventure right here in Washington, DC. After completing her Open Water certification dives in New Zealand’s amazing Poor Knights Islands with Jonas, she knew she had found her next calling. She and Jonas have been diving all over the world and enjoy sharing their love for diving as instructors. Besides exploring the underwater world and driving her friends crazy with dive stories, Heather is passionate about conserving our natural environment and the critters who call it home. She has worked with a number of local, national, and international nonprofit organizations over the years dedicated to animal protection and environmental sustainability. 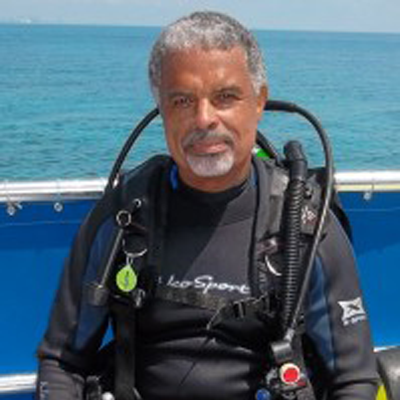 Kim Walker first became interested in scuba diving in 1997 while stationed at Hickam Air Force Base, Hawaii. He subsequently became a certified diver and his passion in diving took off in the years that followed. He pursued several dive opportunities that included joining a local scuba club, sought advanced certifications, and most importantly, became an avid diver with over 1000 logged dives. Kim strongly felt the need to give back to the sport and share his experiences with others by becoming a scuba instructor. From teaching introduction & advanced classes, to specialty skills and marine education, Kim takes personal pride in making everyone the best possible diver. In addition, Kim is a National Oceanic Atmospheric Administration (NOAA) scientific diver focusing on underwater archeology and a life member of the National Association of Black Scuba Divers (NABS). Domestically, Kim has been diving in Virginia, North & South Carolina, Florida, Georgia,and Nevada. He also has extensive experience throughout the Caribbean, Central America, Red Sea, Great Lakes, Mexico, as well as Galapagos, Guam, Hawaii, Philippines, Palau, Yap, Malaysia, Indonesia, Maldives, and Papua New Guinea. Kim holds a Masters in International Relations from Troy State University and Bachelors in Physical Education from Howard University. He retired from the US Air Force and worked for DC government for 10 yrs. Kim’s goal is to dive in all of the world’s top diving destinations at least once. 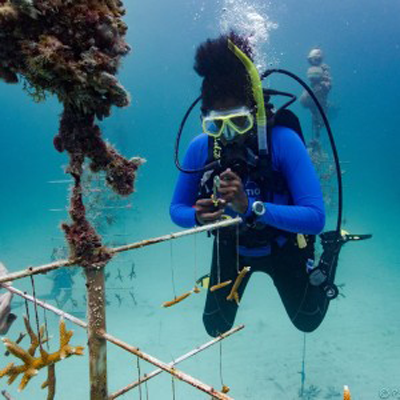 Andrea needed a course to complete her hours in graduate school and was first introduced to diving then. That was twenty + years ago! Her certifications include: OWSI Instructor, DEMP Instructor, CPR, Rescue, Enriched Air, Dry Suit, Equipment Specialist, AWARE Coral Reef Conservation, Digital Photography, Archaeology Survey Diver and Coral Restoration Team Leader. As a volunteer with the Coral Restoration Foundation, Andrea enjoys helping others learn to repair the damage done to the ocean’s coral reefs. Andrea’s love of teaching and scuba has led her to Blue Planet.

An avid traveler, Andrea has dived all over the US, Caribbean, Dubai, Brazil, Costa Rica, Mexico, Belize and the Philippines. She looks forward to adding new and exciting places to her dive log. 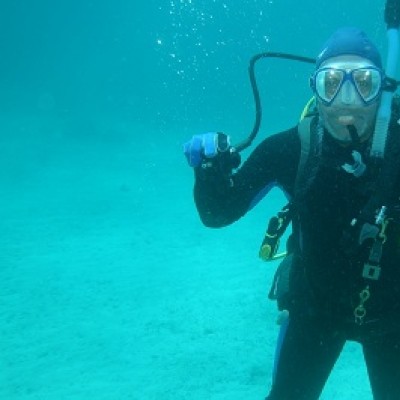 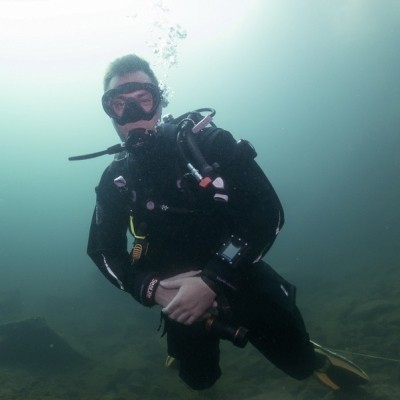 Stuck in Okinawa, Japan for 6-months, Gib was encouraged to try scuba diving--probably the best advice he ever received. With subsequent trips to Thailand, the Galápagos Islands, and most recently God's Pocket Resort in British Columbia, Canada, Gib can't get enough of diving!
Gib began diving with Blue Planet Scuba in 2020 and joined the staff in 2021 as a Divemaster. Now as an Assistant Instructor and Emergency First Responder Instructor, Gib enjoys supporting student divers to build confidence and deepen their passion subsurface. Of his specialties, Gib particularly enjoys underwater photography, drysuit diving, underwater navigation, and rescue diving.
During his surface intervals Gib enjoys backpacking with his non-diving wife. 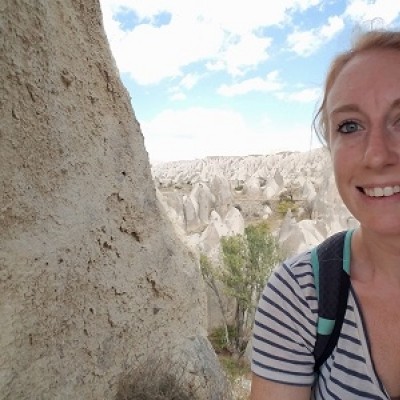 1) Favorite piece of scuba gear - My BCD. It's a little old and sunburned, but this just shows me how many fantastic days of diving it has done with me all around the world. I'll be sad when it's time for it to retire.
2) Favorite underwater creature less than 4 inches in length - Juvenile oriental sweetlips - I love their excitable little jiggle. Shake it like a juvenile oriental sweetlips!
3) Favorite underwater creature over 4 inches in length - A tough call but, hammerhead sharks take the win.
4) Favorite dive site - The kelp forests of False Bay off the Cape Peninsula of South Africa, searching for seven gill cow sharks!