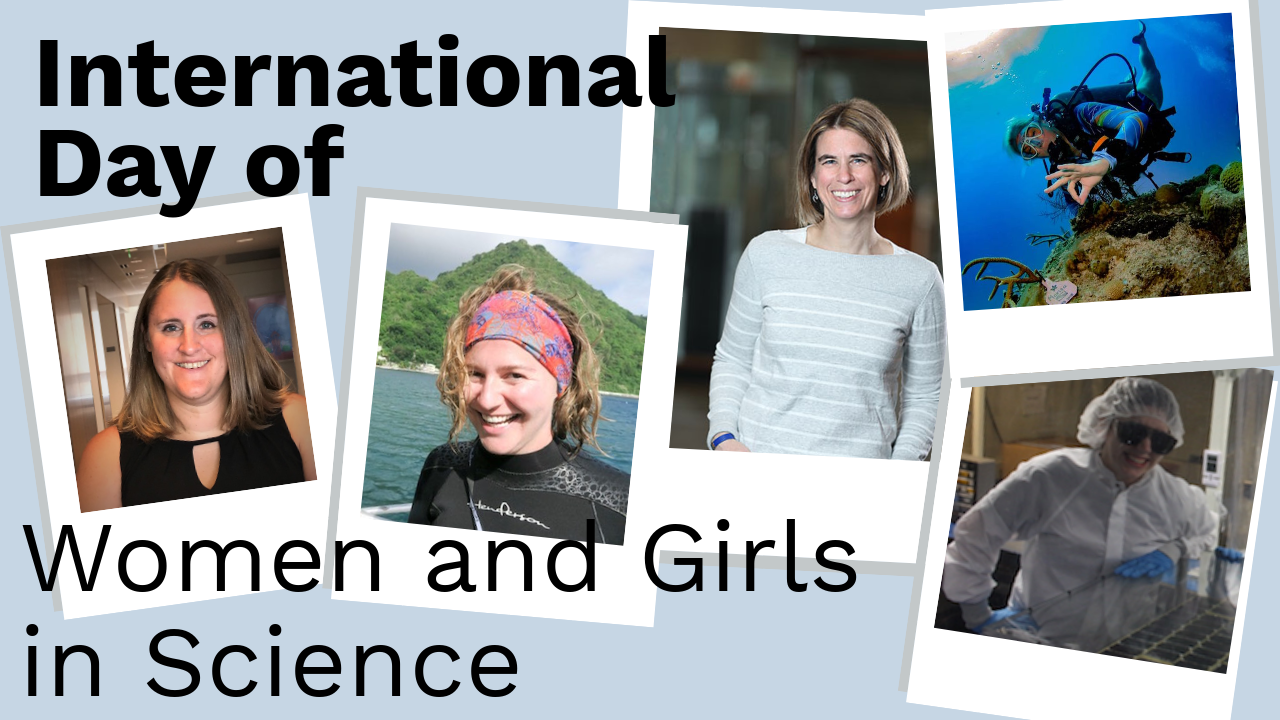 February 11 is the International Day of Women and Girls in Science. This day was created in 2015 by the United Nations General Assembly to recognize the critical role women and girls play in science and technology and to support their efforts in the field.

Both science and gender equity are critical for the achievement of the UN’s 2030 Agenda for Sustainable Development and despite global efforts to inspire and engage women and girls in science, their numbers in the field continue to be low. Currently less than 30 percent of researchers worldwide are female, and only around 30 percent of all female students select STEM-related fields in higher education.

At Blue Planet, we are fortunate to have a number of female scientists on staff and we want to recognize them for their work in their respective fields. Here are a few of their stories in brief as well as some inspirational words for any fellow women or girls who are interested in similar fields of study.

I have a B.S in Mechanical Engineering and a Master’s of Engineering in Aerospace Engineering, both from Cornell University. I use these degrees in my work for a company called L3Harris Technologies as a Satellite Mission Systems Engineer. We build space telescopes (like Hubble) and space antennas that are used in satellite radio and other mass communication satellites.

As a Mission Systems Engineer, it’s my job is to integrate critical satellite mission components. I, and my fellow engineers, are responsible for developing system engineering requirements, performing trade studies, and designing CONOPs (CONcept of Operations – figuring out what you actually need to do to accomplish various activities).

It’s an interesting job because it requires strong technical knowledge of how satellites work. I previously worked on small satellite programs at Boeing’s Satellite Development Center in Los Angeles so this background in flight software and satellite controls is very useful. As with many jobs, it also requires good communication skills for getting engineers to talk to each other and solve hard problems! 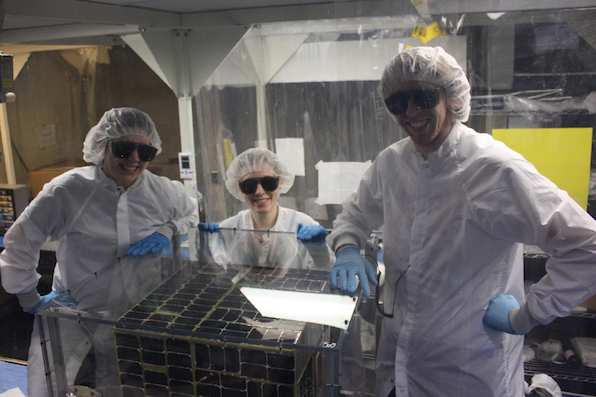 I became interested in Aerospace Engineering through Girl Scouts! My sister and I had just bridged into Junior Girl Scouts and wanted to start earning badges over the summer. Two of the badges that we earned were the “Sky Search” and “Aerospace” badges. We spent the summer building wooden gliders, kites, learning about constellations, and tracked a NASA space shuttle mission. From that point on I knew that I wanted to ‘put things in space!’

Once I went to Cornell, I had the opportunity to ‘live the dream’ as an undergraduate student. I worked on an Air Force sponsored satellite program called CUSat, which launched on September, 29th 2013. While on the team, I worked on the Attitude Control Subteam and as the student Program Manager. It’s crazy that I got to run a multimillion dollar Air Force program before I even graduated from college!

I have a Bachelor’s in biology from Washington University in St Louis and a Master’s in Environmental Science from the College of Charleston. I currently work as a fisheries biologist at the Marine Stewardship Council (MSC), a nonprofit that encourages sustainable fishing through its scientifically-based sustainable fishing standards. Every day, I help companies and fisheries understand the nuances of the MSC program that includes employing more sustainable practices and becoming more responsible members of their ecosystems in order to earn the MSC blue fish label. 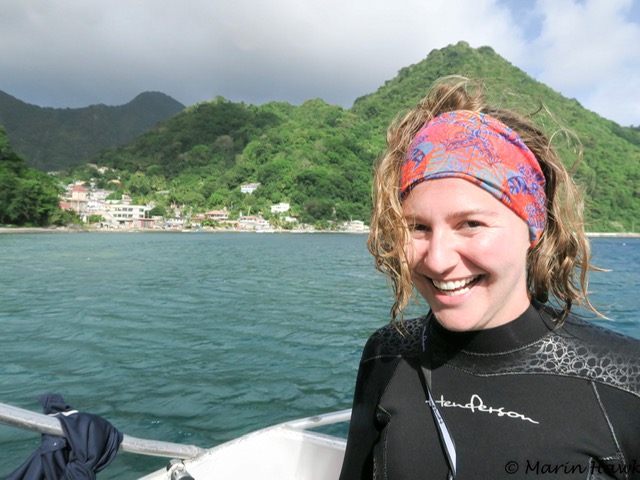 In high school, I did a Discover Scuba diving program in Cairns, Australia where I met Wally,  a well-known and much-loved resident giant grouper (not to be confused with the Goliath grouper) who lived on the reef. The sheer size of Wally was jaw-dropping – he was HUGE! He was a Queensland grouper, and I’m guessing about 500 pounds. Having grown up in landlocked Michigan, I had no idea fish could grow so large. It was so incredible to come face to face with such a gentle giant in the wild that I realized there was a whole world underwater that I knew nothing about.

When I returned from that trip, I began volunteering at our local aquarium in Connecticut (where our family had moved after middle school) to learn more about fish like Wally, and that’s where my career really started. I fell in love with the ocean and learned as much as I could about the threats it faces. This led me to graduate school and a career in marine conservation, specifically fisheries biology where I am today.

Find what you are passionate about and pursue it!

I have a Bachelor’s and PhD in Chemical Engineering that led me to big pharma where I now lead teams developing manufacturing processes for oncology medicines. One of my proudest moments was hearing the success stories from patients of my first product. 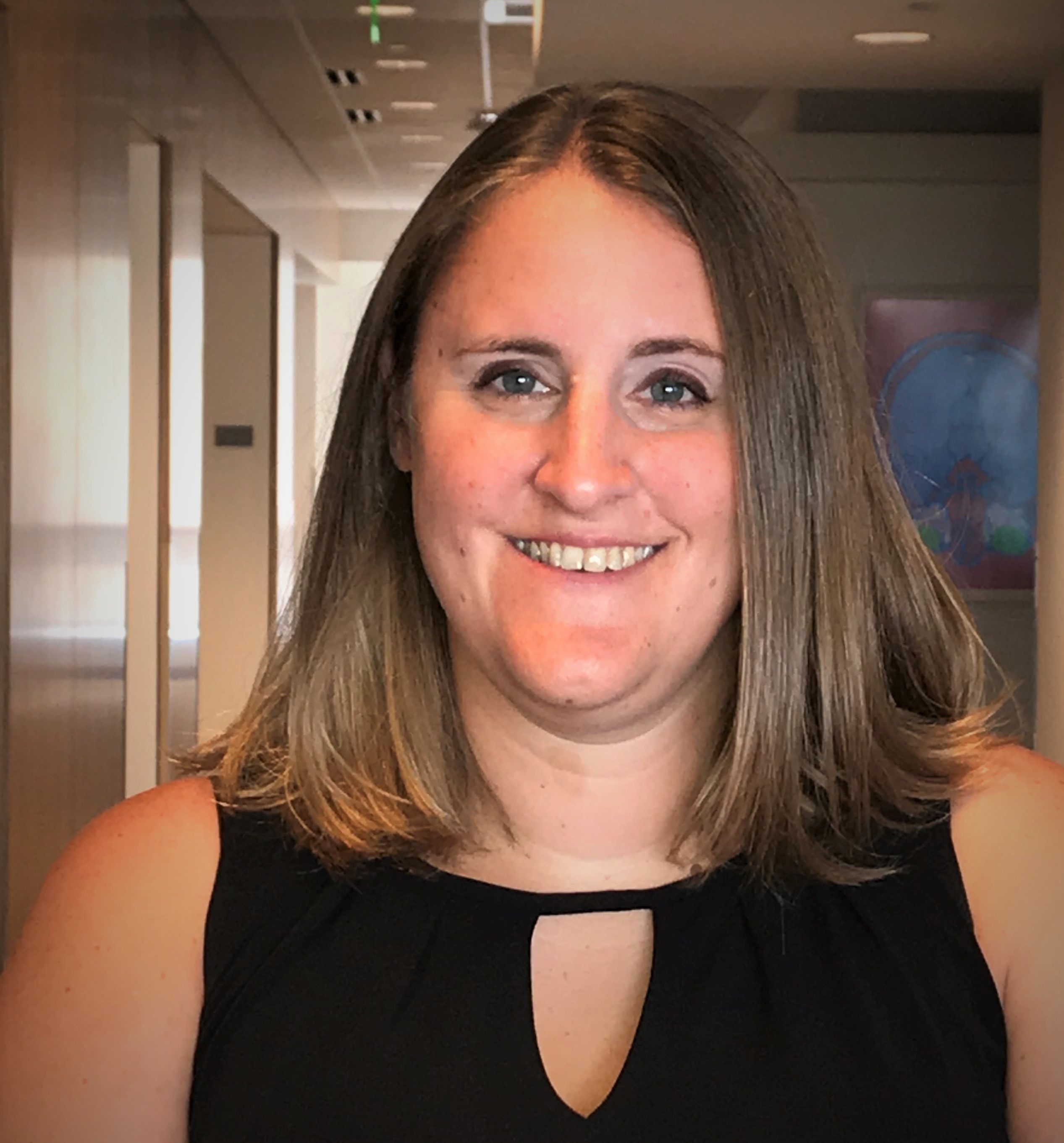 As a kid, I loved puzzles and building toys and math so when it came to college plans, engineering seemed like a good fit. Early on, I was inspired to pursue chemical engineering as a road to pharmaceuticals by my undergrad professor. Later, my summer internship manager introduced me to several career paths and motivated me to seek a PhD.

Go talk to people – both men and women (and notice I say “go” – this isn’t a passive thing!). Finding mentors can feel overwhelming, but my best mentors are people I’ve met who have talked to me more in depth about an area of interest. In fact, my biggest opportunities so far have come organically from these “strangers”.

My foray into science was not as direct as some of my fellow female scientists!

After 11 years of working in DC as a lawyer and political aid in the Senate and slogging through several presidential campaigns, I decided to finally pursue my real passion: ocean conservation. After leading an economic non-profit in DC, I went back to school at age and got a Masters in Marine Biology in 2015 from the University of Miami.

After teaching several college level courses in the Bahamas, I started helping set up coral nursery stations and outplanting those corals to help restore reefs that are suffering from bleaching events throughout the Caribbean. Currently, I am a Dive Training Specialist and Master Scuba Diver Trainer at Blue Planet Scuba and volunteer as a coral restoration specialist for spawning and planting events around the world. 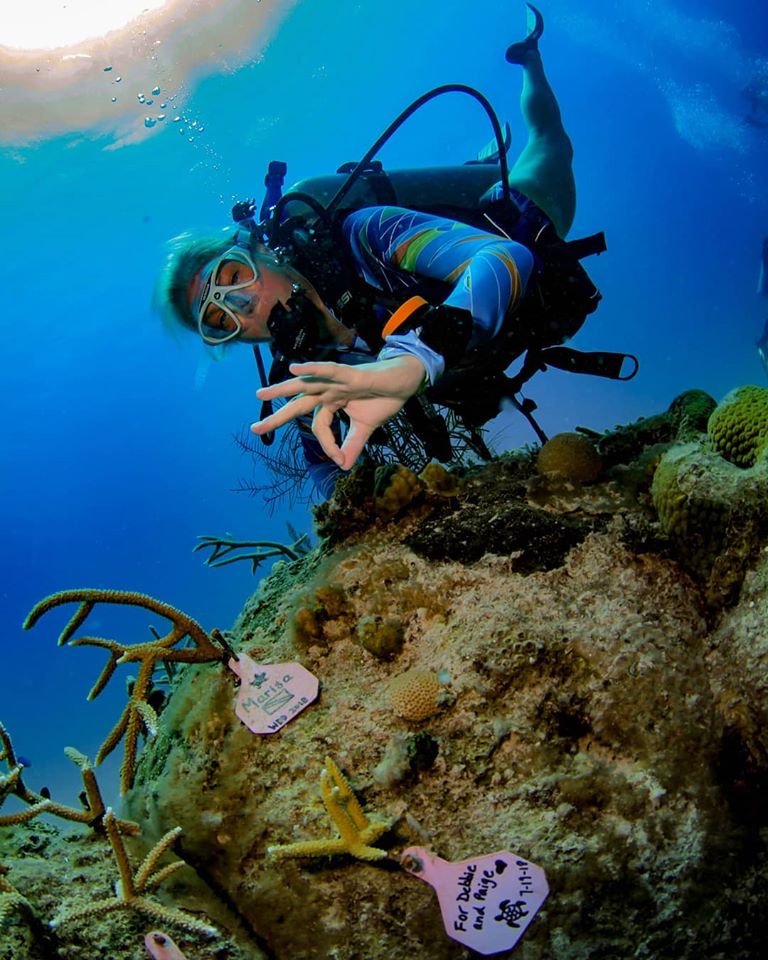 I fell in love with the ocean at age 16 while on a high school trip to Key West. Being from rural Indiana, I’d had little exposure to the ocean up until then, and those two weeks when we lived and dove on sail boats had an enormous impact on me. However, while I’d planned to study environmental law in school, I took a circuitous route and only returned to this after pursuing a very different career at first.

Follow your passion – which is likely the thing you choose to spend your free time on and care about most. I had a very successful career but found that every vacation and every bit of free time I had, I spent learning about the underwater world. So I became a diving instructor and a marine biologist and have never looked back!

I have a Ph.D. in Cell and Developmental Biology from Harvard and an undergraduate degree in Biology from Cornell. Currently I am a staff scientist at the National Center for Biotechnology Information (NCBI) at the National Institute of Health (NIH) where I manage a broad range of human genome-associated software tools and displays (more about what I do can be found here). 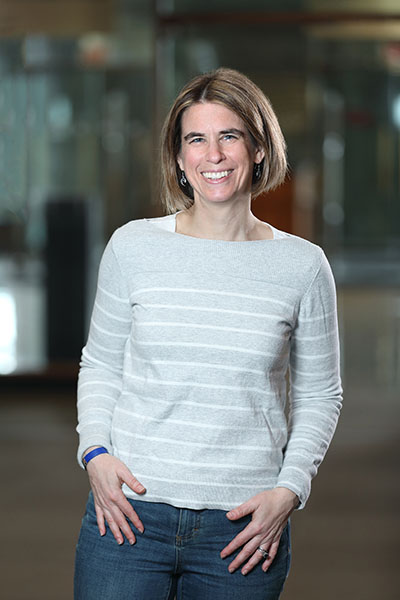 I was fascinated by creating Punnett squares for a seventh grade biology book report – (The Punnett square is a square diagram that is used to predict the genotypes of a particular cross or breeding experiment) – and this piqued my interest in manipulating genomes in order to find a cure for cystic fibrosis. I’d been moved by the character in the book Alex: the Life of a Child, a moving father’s memoir of his daughter’s battle with the disease and given that the girl would have been the same age as me when I read the book, it really got me thinking about genetics.

No matter whom you meet with, bring your A-game. This means being prepared and being fully present. It also means not hesitating to ask questions and speaking with confidence.

Also, someone else once told me that when in large groups of people, speak as if you’re the most confident person in the room. Don’t hesitate in the way that you present your opinion – be strong and be open. I found this to be excellent advice.